Move east to the “Library” 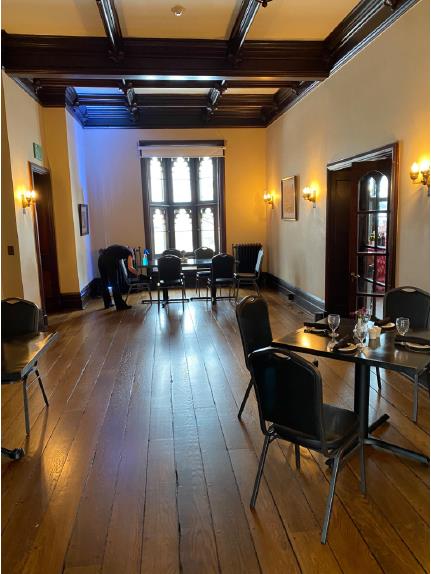 Originally this room served as the library (north end) and dining room (south end) of the home and was separated by two large wooden columns. Those columns thankfully still exist in storage on the third floor. A porch once occupied the area where the formal dining room is now to the east and the kitchen was originally a separate building on the back (south) side of the house.

This picture on the (west) wall shows James (Moses’ son) and Eva Fowler’s Family in 1925 on the occasion of their golden wedding anniversary surrounded by their children and grandchildren.

The pictures on the east wall show the garden and southern part of the estate as they were around 1940. In 1959, the Lafayette Art Museum purchased that part of the property and built the museum and parking lot that exists now.

The south part of this room was the original dining room prior to the 1917 additions.