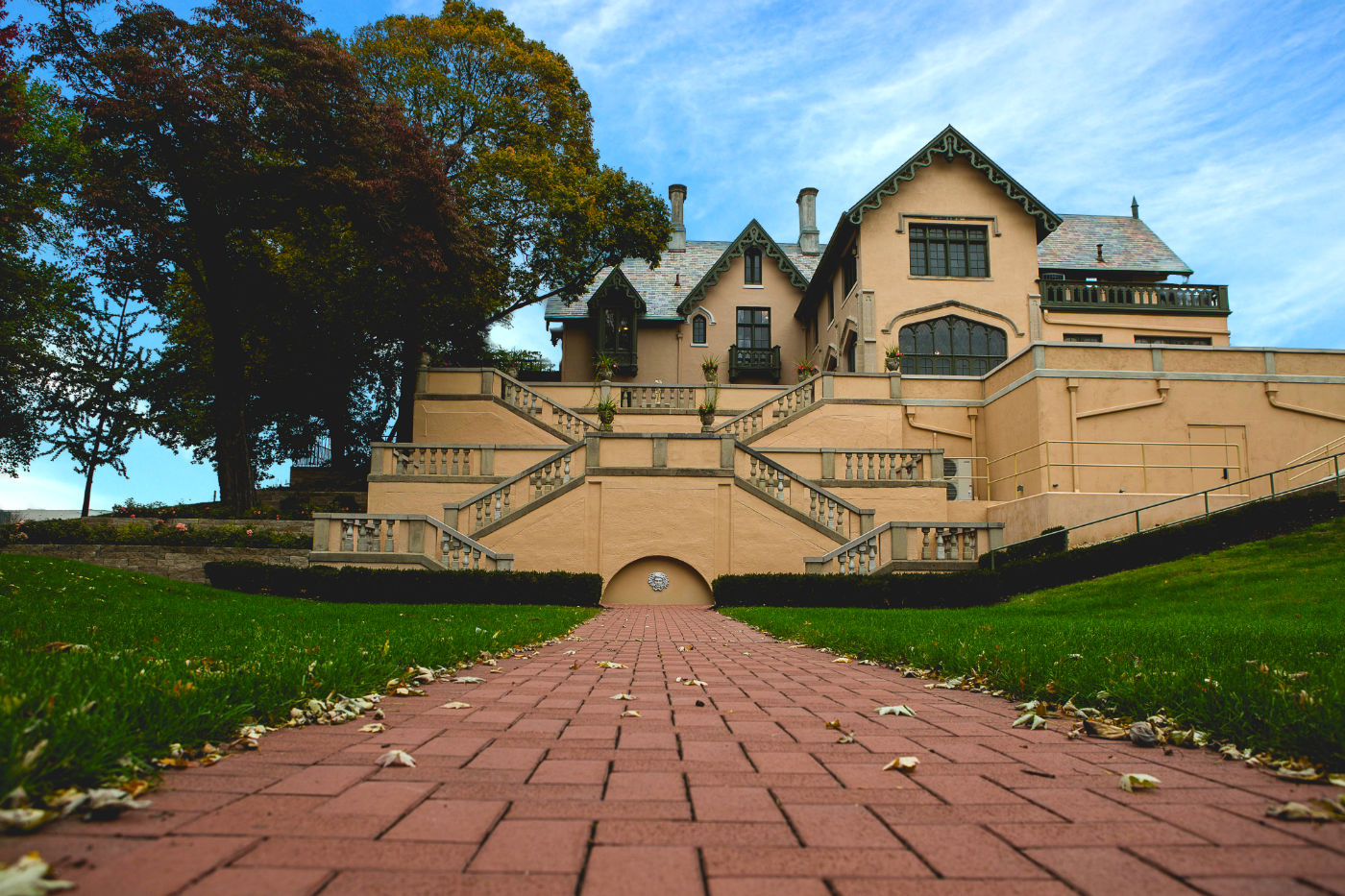 Welcome to the Fowler House Mansion! This is considered one of the finest surviving examples of Gothic Revival residential architecture in the Midwest and is on the National Register of Historic Places.

This home was built by Moses Fowler, a notable early resident of Lafayette. Construction began in 1851 and the home was completed in 1852.

Moses Fowler (1815-1889) was born on a farm near Circleville, Ohio. His father was a veteran of the Revolutionary War and a Virginian by birth. Moses remained on the farm until 16 then apprenticed as a tanner. He impressed his employer so much that he was offered a partnership after just two years as an apprentice, but Moses declined. Instead he accepted a clerkship at a mercantile store in Adelphia, Ohio. In 1839 he moved to Lafayette with John Purdue, who would go on to found Purdue University, and they formed a partnership in the dry goods business. He had amassed a total of $700 to start this new venture. At that time Indiana was the “West”. They were ambitious young men seeking to make their fortunes.

Lafayette was a promising town because it was the furthest place upriver on the Wabash River that steam boats could reliably navigate from the Mississippi, and was also the southern terminus for the Wabash & Erie Canal. It was an increasingly busy transfer point for cargo between the canal going north and the river boats going south. The Fowler & Purdue partnership lasted for five years but eventually they went their separate ways in business. Both did well... but Fowler did better!

Fowler became one of the most successful of the “Prairie Cattle Kings''. He purchased large tracts of land in Benton County inexpensively and developed large cattle herds. He would eventually own over 40,000 acres in Benton County. Over the course of his life Fowler grew his wealth through other businesses including wholesale supply, railroads, investments and eventually went into banking. At the time of his death in 1889, he was one of the wealthiest men in the Midwest, with an estate valued at over $3 million dollars. In today’s dollars roughly the equivalent of $90 million.

In 1844 Moses married Eliza Hawkins, the daughter of one of the prominent Quaker families that founded the Farmers Institute near present day Shadeland, southwest of Lafayette. Eliza and Moses’ marriage was on poor terms at the end of Moses’ life. After his death Eliza became a significant philanthropist. Among many other projects she funded Eliza Fowler Hall at Purdue, major investments to create Home Hospital, as well as the Second Presbyterian church which still stands.

On a business trip to Baltimore in 1850 Moses visited a business acquaintance who had a large Gothic Revival home. He was so taken with it that he decided to build one of his own upon his return to Lafayette. On his way through New York City he purchased a new book by then prominent architect A.J. Downing titled Architecture of Country Houses from which he drew much inspiration. We believe he later acquired a design by Downing that was published in a magazine, from which the Fowler House design was largely based. Moses acted as his own architect. A first edition of that book is on display in the foyer display case.

Fowler selected this location on a hill that overlooked the young town of Lafayette. It was also thankfully just above the floodplain that would plague Lafayette in coming years.

Gothic Revival architecture first emerged in mid 18th Century England and was inspired by the cathedral architecture of England, Scotland, and Ireland. It grew in popularity and spread to the United States in the 1840’s and 50’s. You will find in the woodwork many of the principle design
elements of this style...cathedral arches, pillars, trefoils (three lobe) and quatrefoils (four lobe) clover designs. You will see many design elements that repeat in threes.